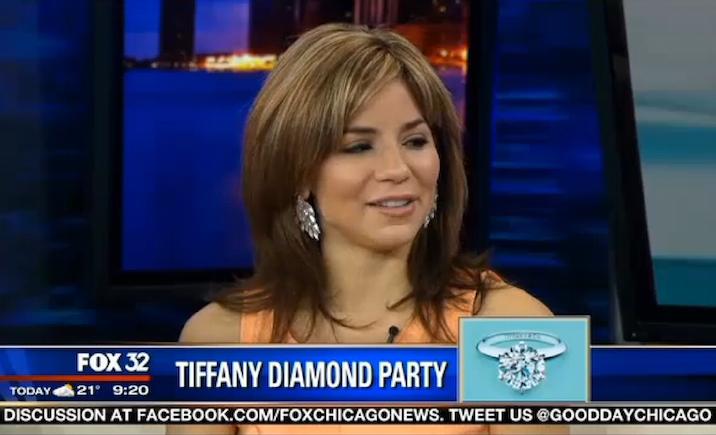 Who knows? Was it the “thousand dollars in wine and champagne” she had at the dinner? Or was it the crystal vase from Tiffany & Co. delivered to her home as a gift before the event?

Whatever it was, Susanna Negovan’s report last week on “Good Day Chicago” struck some staffers at WFLD-Channel 32 as more brazen and more obnoxious than anything she’d ever done before. And that’s saying a lot.

Ever since she began as a daily contributor to the Fox station’s morning newscast, Negovan has boasted about free stuff she gets from companies she promotes on the show. “She tells people in the newsroom how she never pays for a spa service and brags about the free handbags, accessories and expensive makeup she gets, all from companies featured in her news segments,” one co-worker said. “She doesn’t even have the smarts to shut up about it.”

Negovan’s full-time job is publisher and editor of Splash, the celebrity supplement published by Sun-Times Media and featuring Jenny McCarthy as a columnist. She was hired to launch the weekly by Michael Ferro, chairman of Wrapports LLC, after she’d served four years as founding editor of Michigan Avenue magazine. Sun-Times readers may remember her from ”Susanna’s Night Out,” the nightlife column she began writing a dozen years ago.

A 1995 graduate of the Medill School of Journalism at Northwestern University, Negovan has spent most of her career in the ethically murky intersection of advertising, public relations, news and publishing. As a free-lance contributor to “Good Day Chicago,” she’s been operating in a way that Fox would not condone for full-time employees.

But last Monday's piece was over the top by any standard. It was a report on a private party in Chicago for customers of Tiffany & Co. who’d spent a million dollars or more on jewelry. Negovan shot video of herself trying on a $750,000 diamond bracelet and other baubles at the event, which she attended with her husband, Tom Negovan, a reporter for Tribune Broadcasting WGN-Channel 9.

“I had black cod. My husband had filet mignon. It was a really elegant catered affair,” Negovan told viewers. “We probably each had about a thousand dollars in wine and champagne. They had roses at each centerpiece. I mean it was just incredibly elaborate. Just a very elegant night.”

Here's the kicker: “Before the party what was so cool is they dropped off a box at my house, and they had gifts for me, including this vase — a crystal vase — and a Tiffany book,” Negovan said, displaying the trademark blue box on the air. “Which is so cool before a party to actually receive like a gift.”

Negovan’s admission prompted one incredulous employee to wonder: “You do a commercial for Tiffany and then show the free gifts you received at the end?” Calling it “a blatant ethical lapse no one else at any real news station would tolerate,” the source said complaints about her to general manager Dennis Welsh and news director Tom Doerr have gone unheeded.

But it doesn’t stop there. Negovan also uses her position on Fox 32 to promote her interest in Splash — and vice versa.

In another segment last week, Negovan reported on a party she attended at the home of Robert Mariano, CEO of Roundy’s supermarket chain. “You know everybody loves Bob Mariano,” Negovan gushed. “He is a folk hero because he started as a deli clerk. Now he’s the chairman of a huge grocery store company.” She went on to describe the food at the party as “amazing” and “extraordinary,” the desserts as “decadent” and “incredible,” and the guests as “all these glamorous beautiful people.”

She did not mention that Mariano’s happens to be one of the largest weekly advertisers in Splash and therefore one of her biggest clients. 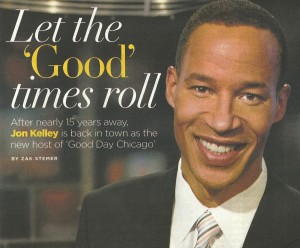 By the same token, this weekend’s issue of Splash featured a full-page puff piece on Jon Kelley, the former local sportscaster who just signed on as a co-host of Fox 32’s morning show. Claiming without any support whatsoever that “Kelley is already starting to shake things up at ‘Good Day Chicago,’ ” the article includes the preposterous assertion that “back in the ’90s, Kelley was one of the city’s most beloved newscasters.” The Fox promotion department could not have excreted a more remarkable pile of bullshit.

I’ve written many favorable columns about Negovan, whom I considered a friend when we both worked at the Sun-Times. I always thought of her as bright, talented and supremely ambitious. Soon after she rejoined the Sun-Times to start Splash, we had a falling out over critical comments I made about Ferro. She considers him “a really incredible boss” and “one of the most fearless people I’ve worked for.” I think he’s a charlatan and a phony. So we agreed to disagree and didn’t talk after that.

After her piece on the Tiffany party aired, I emailed Negovan twice, asking her to clarify her position on accepting things from companies she reports on for Fox. She called to say she was “putting together an email” that would explain everything, and asked that I use her entire response. “I would just prefer to give you the language that I’ve thought about versus something dumb that could come out of my mouth,” she said. I told her I would include whatever she wrote. The rest of our conversation was off the record, but she assured me that I’d hear back as soon as she got her statement approved by her bosses here and Fox publicists in New York.

On Friday — four days after I first approached her — I received Negovan’s response. Here is her entire message: “Hi Rob, Thanks for reaching out. My policy is not to solicit or accept gifts in exchange for coverage. The bud vase has been added to our box of upcoming donations. Thank you for watching! Susanna.”