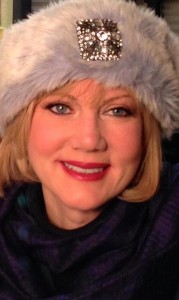 Good news, fellow merrymakers: The lovely and charming Janet Davies, who’s helped Chicagoans ring in every New Year since 1991, will be right where she belongs on WLS-Channel 7 for “Countdown Chicago 2014.”

Word at the ABC-owned station is that Davies again will host the local New Year’s Eve special with longtime partner Mark Giangreco. They’ll be joined by Val Warner and Ryan Chiaverini of “Windy City Live.” Of course four hosts for a one-hour show may be a bit unwieldy, but half the fun of watching the live broadcast is to see what goes wrong.

Plans for the Dec. 31 special are still being finalized, but producers say Hosea Sanders and Ji Suk Yi also are expected to return as contributors.

Davies’ role this year was far from certain after the cancellation in March of “190 North,” the weekly lifestyle and entertainment magazine she’d hosted and produced for 14 years. With her contract up at ABC 7, it was unclear whether she would continue in any capacity at the station, where she’d been a feature reporter and program host since 1984.

Last year’s New Year’s Eve broadcast made its way into more than 600,000 households and onto four out of every 10 TVs in use at the stroke of midnight. It also generated a flurry of activity on Twitter, including these notable tweets: