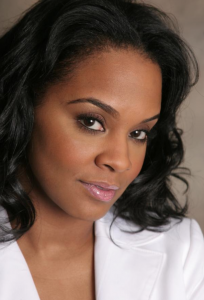 No reason was cited for her departure, but a Clear Channel spokeswoman confirmed Tuesday that Kelley was no longer with the company, adding: “We wish her the best in the future.”

Whatever else may have contributed to Kelley’s ouster, it appears unlikely ratings were a factor. In the latest Nielsen Audio survey, WGCI ranked No. 1 and Kiss FM ranked No. 2 among listeners between 18 and 34. In fact, both stations' audience shares in the target demographic rose substantially from the same period a year ago: WGCI up from 7.9 to 8.7, and Kiss FM up from 5.2 to 6.8.

Insiders said Kelley never really was a good fit for Kiss FM, where she succeeded Top 40 veteran Rick Vaughn.  She seemed better suited to WGCI, having previously served as its program director and assistant program director under earlier bosses. Before her last appointment, Kelley was midday personality on urban adult-contemporary WVAZ FM 102.7.