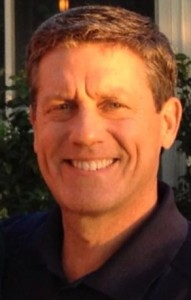 Just when you thought they couldn't screw things up any worse at WFLD-Channel 32, they've done it again.

After letting Corey McPherrin twist in the wind for more than a week, bosses of the Fox-owned station have decided to redeploy the former sportscaster and current "Good Day Chicago" host as solo anchor of the noon newscast.

But rather than announce it officially and allow McPherrin an opportunity to comment on his fate, they hurriedly leaked the news late Thursday to the website TVSpy and ran back in their foxholes for cover. "The move is supposed to take place in December with McPherrin also reporting for the station’s 9 p.m. newscast," TVSpy's Kevin Eck reported.

It's another in a long line of lousy decisions by general manager Dennis Welsh and news director Tom Doerr.

For starters, it's been clear for some time that McPherrin, 58, would have to leave "Good Day Chicago" to make room for the parade of out-of-towners being imported by Welsh and Doerr. (On Tuesday, clueless newcomer Natalie Bomke told viewers to go to the station's website at "MyFoxHouston.com." A few moments later — after hearing from a frantic producer — she confessed: "I just moved from Houston, and so I get confused sometimes. It's a similar website. Different information. So MyFoxChicago.") 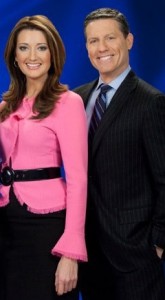 The logical place for McPherrin would have been back on the 9 p.m. newscast as sports anchor, the job he'd done very well for 15 years before he was thrown into the morning show morass with the equally miscast Anna Davlantes in 2010. In fact, insiders said, that was the plan until just a few weeks ago when Fox officials reversed their decision to cut sports anchor Lou Canellis and belatedly agreed to renew him.

With the departing Davlantes and the departed Kori Chambers vacating the noon newscast they'd anchored together, that suddenly became the unlikely landing spot for McPherrin. Good soldier that he is, McPherrin no doubt will make the best of it. Just as Robin Robinson will make the best of her demotion to free-lance reporter on the 9 p.m. newscast she's anchored for the past 26 years. ("Just because I respectfully disagree with management's decision not to renew my contract does not mean I wish bad things on Fox," Robinson told DNAinfo.com/Chicago this week.)

Like Robinson, McPherrin has enjoyed a charmed career in his hometown. On the air here continuously since he replaced the legendary Johnny Morris at CBS-owned WBBM-Channel 2 in 1991, the south suburban Markham native shifted to Fox 32 in 1995. But recasting him as a modern-day Lee Phillip is simply ridiculous — and doomed to fail.

No word yet on whether changes are coming to the station's weekend newscasts, anchored by Larry Yellen and Amara Walker. Which means they're probably just around the corner.