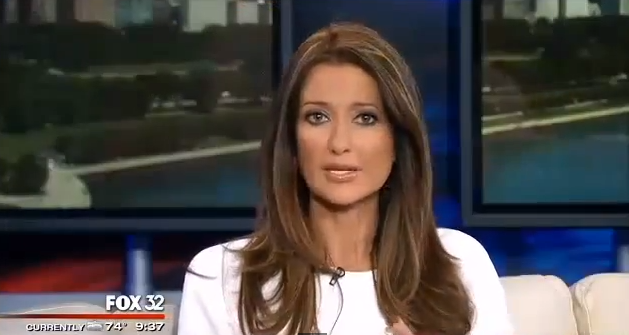 Anna Davlantes, the morning news anchor who brought a strong Chicago connection to WFLD-Channel 32, is leaving the Fox-owned station after four years.

“I’m grateful to management for the opportunities I’ve had at the station and will have an announcement about my new position very soon," Davlantes said in a statement released by her bosses. Her last day as co-anchor of "Good Day Chicago" will be Nov. 8.

Her departure is another move in the wrong direction for a station that seems determined to substitute gimmicky slogans ("Chicago at the Tipping Point") and small-market talent for legitimate local news and credible journalists who know what they're talking about.

Davlantes, a Chicago native and Northwestern University Medill School of Journalism graduate, joined Fox 32 in 2009 after nine years as a reporter and weekend news anchor at NBC-owned WMAQ-Channel 5. She made the move with assurances that she'd be featured as a contributing anchor on the marquee 9 p.m. newscast, focus on investigative reporting, and eventually step up to anchor a 5 p.m. newscast (which never materialized).

Instead, less than a year later, Davlantes was relegated to hosting "Good Day Chicago," the lowest-rated snoozefest on television and a career dead-ender. She made the best of it alongside co-anchor Corey McPherrin, but the show never had a prayer. Now with her contract up, Davlantes is expected to seek greener pastures.