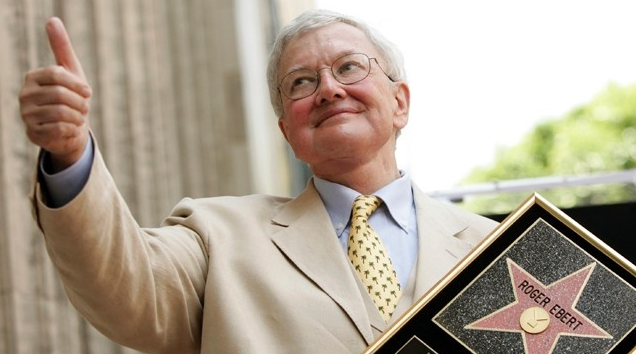 Marking the six-month anniversary of Roger Ebert's passing, Chaz Ebert posted a "Dear Roger" letter Friday on rogerebert.com, reflecting on her loss and his legacy.

"You have made yourself known in other ways that have brought me joy and comfort," she writes. "And you have found ways to let me know that you are in a good place."

The legendary movie critic and beloved Chicago icon died at 70 April 4 after a seven-year battle with cancer that robbed him of the power to speak but enhanced his power to communicate through books, blogs and social media.

Here is the text of her letter:

It has been six months since you left us, but your words about your leave were prophetic, you took a "Leave of Presence," which means you are not physically here with us, but your essence and your works and your very spirit linger on. I miss you more than ever, and love you for all eternity. Today we want to celebrate you with various works.

We asked some of our writers to tell us about their favorite Roger reviews and we got some interesting submissions. We report on your award from the Poynter Institute, and the Ebertfest nomination for a Regional Emmy.  And some of our readers were upset that the Emmys didn't present a segment on you even though at 36 years, you had one of the longest running shows on television and after all  you and Gene did invent a whole new genre of television in the movie review show, and started a trend in debate shows that were duplicated across genres. So we are presenting a bit about the history of the show. But I know you and you would have been fine being included in the In Memoriam section. And finally, we are presenting an interview with the actor Rob Schneider who caused you to name a book, "Your Movie Sucks." Schneider later had a very profound effect on you when you were in the hospital pondering the meaning of life. I could see that his act of kindness transformed you and caused you to strengthen your belief in the goodness of the human race. I wanted to see what effect it had on Rob.

For about the first four-and-a-half months I was doing okay, but as the fifth month of your death approached I was like a little kid who said, I am tired of you being in Heaven, I want you to come back. The reality set in that this is permanent. You would never walk on this earth with me again. But you have made yourself known in other ways that have brought me joy and comfort. And you have found ways to let me know that you are in a good place. I cannot begrudge you that. You fought the good fight for seven years. We called them the Seven Miracle Years.

And you had such a refreshing and optimistic view on life, that you were an inspiration to me and others. You decided that you just didn't want to battle cancer again. You were ready to move on. I had to respect that decision. It is so personal for each person. You were courageous and kind in asking me to let you go. And so I held your hand and whispered in your ear as you were transitioning, and you gave me the gift of seeing that you transitioned peacefully and seamlessly. You were a beautiful and luminous sight to behold. And the room was filled with such love. Everyone felt it. You are love. Eternal.

Rest in Peace My Darling
Chaz