As talk show topics go, the federal government shutdown is tailor-made for conservative talk-radio stations like WLS AM 890.

Morning, noon and night, the hardline hosts have been downright giddy over the stalemate in Washington. Chicago Tribune columnist John Kass opened his midday show Tuesday with unmitigated mockery, declaring: "The world has ended! How are we going to survive?"

Maybe a better question is how will the Cumulus Media news/talk station survive if it doesn't get its act together.

Ratings released this week by Nielsen Audio (previously known as Arbitron) show WLS tied for 20th place with a 1.9 percent share of all listeners and a cumulative weekly audience of 437,100. It marked the third consecutive month WLS had fallen below a 2.0 share. You'd have to go back more than 22 years — to the spring of 1991 — to find the last time WLS registered less than 2.0 (and that was under a different research methodology).

The downturn at The Big 89 mirrors a nationwide trend among news/talk stations. Overall, the format has lost more than 10 percent of its audience since 2011 — and may have hit an all-time low this summer, according to industry reports. "The more you look around, the more talk radio . . . doesn’t seem to have either the cume reach or the share it once did," Tom Taylor, radio's most respected analyst, wrote in his newsletter Tuesday.

It's been an especially tough year for WLS, hit hardest by the deaths of midday personality Jim Edwards (aka Jake Hartford) in January and quarter-century morning star Don Wade last month. Other voices gone from the station include: Wade's wife and co-host, Roma Wade, and news anchor Jim Johnson, both of whom retired; news anchor Mary Frances Bragiel, who left to work for Illinois State Treasurer Dan Rutherford, and traffic reporter Wendy Snyder, who jumped to WGN AM 720 as midday co-host with Bill Leff.

The end of the year will bring yet another change to WLS when Sean Hannity's contract with Cumulus Media expires. With Hannity moving to Clear Channel's Premiere Radio Networks, his timeslots on Cumulus-owned stations will be picked up by Michael Savage. Starting in January, WLS will air Savage on a four-hour delay from 6 to 9 p.m. weekdays, according to Donna Baker, vice president and market manager of Cumulus Media in Chicago. 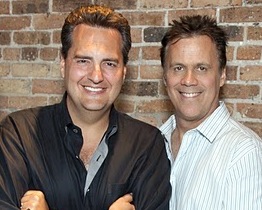 But don't be surprised if Savage eventually moves up to afternoons on WLS, where he'd be heard live from 2 to 5 p.m. weekdays. Roe Conn and Richard Roeper, who currently occupy the 2-to-6 p.m. slot, are under contract to the station through January 2015. Whether anything might happen before then is purely speculative at this point.

Conn continues to be high on the wish list of Jimmy deCastro, president and general manager of WGN, who's still not finished remaking the Tribune Broadcasting news/talk station.

Cumulus Media might be willing to negotiate early releases for its two highly paid afternoon personalities in order to trim their salaries from the budget and give a big boost to Savage in the No. 3 market. (Or so the thinking goes.) Compared to Conn and Roeper, Savage also would be more compatible ideologically with the rest of the WLS gang, including Rush Limbaugh, whose show airs from 11 a.m. to 2 p.m.

Meanwhile, the gap between afternoons and other parts of the station's lineup appears to be widening: In the latest Nielsen Audio survey, "The Roe & Roeper Show" is tied for 24th place overall with a 1.6 share. Among listeners between 25 and 54, it ranks 27th with a 1.1 share. (The time period reported — 3 to 7 p.m. — also includes the first hour of Hannity's show.)