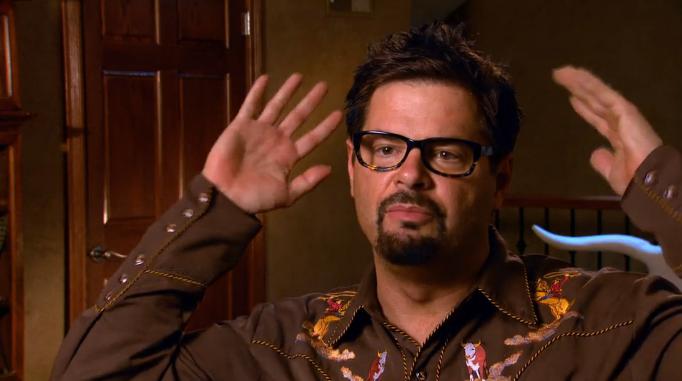 The season finale of Mancow Muller's reality show airs at 9 tonight on the History Channel. Plans for a second season of the breakout hit are already in the works.

In case you've missed it (or never knew it existed) "God, Guns and Automobiles" has been airing weekly since July. It fits right in on the channel once known for serious documentaries but now the home of "Pawn Stars," "Ice Road Truckers," "Top Gear" and similar fare.

"God, Guns and Automobiles" revolves around the Muller brothers — Mark, a retired entrepreneur and consultant from Kansas City, and younger brother Erich, familiar to Chicago radio listeners as the provocateur Mancow. Together they own an auto dealership in rural Butler, Missouri (population 4,209). Mark plays the heartland version of a good ol' boy who runs the business, and Mancow is the urban hot shot who hangs around a lot.

Granted it's as contrived, manipulative and formulaic as any reality show. But there's something honest and endearing about the relationship between the Muller brothers. For those who know Mancow only by his bombastic radio persona, it's a revelation.

"Mancow [the character] is all bluster and bravado, and it’s who I’d like to be," he told me in an interview Monday. "What I’ve really tried to do with this TV show was be as in the moment as I could and be with my brother. So I just took off the Mancow mask."

It hasn't been easy to balance filming a reality show in Missouri with hosting a Monday-through-Friday morning radio show (simulcast live from 6 to 8 a.m. on WPWR-Channel 50) and dealing with a wife and twin 8-year-old daughters at home in Chicago.

"I was against it," Mancow said of the initial pitch for the show. "I didn’t want to do it. I hated the idea of it. But as this thing went along, I realized this is the most time I’ve spent with my brother in maybe more than 30 years. I really got to know him again. Working the long hours with him day to day really made us closer. So it ended up being a really rewarding experience. But I sure didn’t want to do it."

He admits he's still not a fan of the reality genre and claims never to have watched a single episode of his own show, but he's already looking forward to next season. "People love that it’s a very positive, pro-brother show," he said. "So I like the positive message of it."