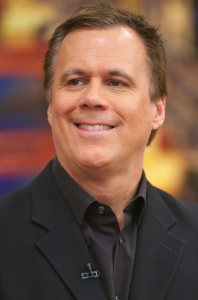 No one can replace Roger Ebert. We all know that.

But in a casting decision that makes perfect sense, the Sun-Times has named veteran columnist Richard Roeper its leading man on the movie beat.

Under a multiyear contract renewal to be announced Thursday, Roeper, 53, will take on the title of movie columnist, with his reviews and columns appearing in print, online and on mobile devices. In addition, he'll host two weekly video shows ("The Roeper Rundown" on Wednesdays and "The Good, The Bad and The Ugly" on Fridays) on a new suntimes.com video channel.

Jim Kirk, publisher and editor-in-chief of the Sun-Times, called Roeper "an outstanding talent," adding: "I couldn't be more pleased that he is taking on this incredibly important role here. He's so versatile and is a perfect match for a column that has to cross many platforms.''

Ebert, the paper's world renowned film critic for 46 years before his death April 4, "was one of a kind and is missed by all of us," Kirk said. "He created a huge and wonderful legacy of film criticism at the Sun-Times. Richard continues the tradition with his unique style and a strong connection with our readers. I couldn't be more excited to see how Richard shapes his new role in the coming weeks and months.''

A prominent daily columnist at the Sun-Times since 1990, Roeper has been writing an increasing share of movie reviews for the paper since last fall. But for a lot longer he's been a familiar figure in cinema screening rooms. In 2000, Ebert hand-picked Roeper to succeed the late Gene Siskel on the nationally syndicated movie-review show "Siskel & Ebert" (subsequently renamed "Ebert & Roeper"). Roeper ended his run on the show in 2008, but continued to review movies for richardroeper.com, the Reelz Channel and the Sun-Times.

Now he's redefining the job to match his own interests and the opportunities of new media.

"I'm excited about my new, formalized role with the Sun-Times because I think it's the right combination of traditional reviewing and column-writing, and digital-age, on-camera commentaries about anything ranging from the latest political scandal to the casting of '50 Shades of Grey' to a viral video to the collapse of the White Sox," Roeper told me. "As long as the Sydney Leathers and Duck Dynasty families and Miley Cyruses of the world are out there, there will never be a shortage of material."

Asked to describe his approach as a movie critic, Roeper said: "I have the same approach I had when I started doing the occasional review for the Sun-Times some 25 years ago, the same approach I've had over the last decade-plus, during which I've written more than 2,000 reviews for print or TV: I'm here to tell the moviegoer what the movie is about, what I loved or hated about it, and whether or not I think it's worth their time and money, whether they're going to see it at the multiplex or on their gadget of choice."

Chaz Ebert, widow of the late critic, released a statement congratulating Roeper, whom she called "Roger's colleague and our friend."

“Roger would have been as thrilled as I am over the news because he thought Richard was a top-notch writer and a hard-working journalist and movie reviewer," she wrote. "On a personal note, I want to thank Richard for his support and friendship during Roger's last hospitalization. Richard's willingness to fill in for Roger at the Chicago Sun-Times meant so much to Roger and gave him the freedom to concentrate more on his treatments. I wish Richard continued success. The paper is fortunate to have him."

In addition to his other duties, Roeper continues to co-host with Roe Conn from 2 to 6 p.m. Monday through Friday on Cumulus Media news/talk WLS AM 890.