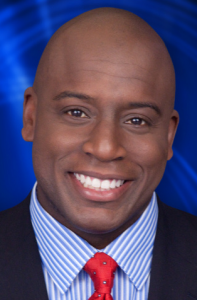 It's official: Kori Chambers is signing off as morning and noon news anchor at Fox-owned WFLD-Channel 32 to join Tribune Broadcasting's WPIX-TV in his native New York.

His last day on the air here will be Thursday. Chambers currently anchors “Good Day Chicago” from 5 to 7 a.m. with Dawn Hasbrouck and the noon news with Anna Davlantes. No word yet on a replacement for either newscast.

WPIX announced Monday that Chambers has been hired to anchor from 6 to 9 a.m. weekdays alongside Sukanya Krishnan, starting Oct. 7.

"PIX11 is a great station, one my family has watched for years," Chambers said in a statement. "Knowing that the audience will include them is the icing on the cake. The idea of being a part of PIX11 is really exciting and I can't wait to join the morning crew."

A Bronx native and journalism graduate of the University of Massachusetts, Chambers joined Fox 32 in 2008 after anchoring and reporting in Detroit, Las Vegas and Springfield, Mass.