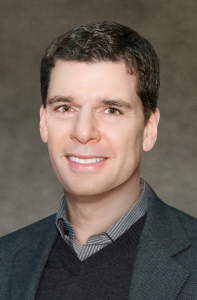 As a kid growing up in Highland Park, Burton Jablin faithfully watched Bill Kurtis and Walter Jacobson deliver the news every night and dreamed of someday becoming host of the "Today" show.

While "Today" never beckoned, Jablin did get to work closely with Bill & Walter at WBBM-Channel 2 — rising from research assistant on Jacobson's staff to executive producer at the CBS-owned station. Now, three decades later, he's running an entire network.

Part of the team that launched HGTV in 1994, Jablin supervised production of the network’s original programming slate first as executive producer, then as vice president of programming. The popularity of such programs as "Designed to Sell," "House Hunters" and "My House Is Worth What?" landed him on Time magazine's list of "25 People to Blame for the Financial Crisis" in 2009 — the same year he moved up from programming czar to president of the company's home category. (By giving the housing game "glamour and gusto," Time wrote, Jablin "helped inflate the real estate bubble by teaching viewers how to extract value from their homes.")

His remarkable rise started straight out of Harvard in 1982 when he landed his first job as Jacobson's legman, helping the legendary anchorman research his "Perspective" commentaries and learning the television business along the way. 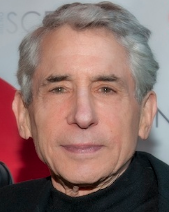 "Going to work for the No. 1 station for an anchorman that I'd watched from the time I was a kid, I mean, this was beyond my imagination," Jablin recalled in a 2005 interview. "I wasn't on the air, but I certainly was doing something exciting and had an entrée that was really remarkable and I knew that. . . . Walter was extremely volatile, an incredibly colorful character, very different from me. I'm very even-tempered and low-key, but Walter had a real strong personality and it was just quite an experience to work with him – a great experience because he really did teach me things that to this day I drive people here crazy with about television, but he was right then and he's right now and it was just a great experience."

Jablin became embroiled in one of the most controversial episodes in Jacobson's career. He was called as a witness and his notes were subpoenaed after Jacobson was sued for libel by Brown and Williamson Tobacco Co. in 1984. Though it was a dark time for Jacobson, who lost the trial, the trust he and Jablin shared never wavered.

Skippy's perspective? "After his first day in our corner of the newsroom, I knew that Burt Jablin would be big time," Jacobson told me. "He is Harvard-smart without the snoot, the right combination for success in our profession — and thorough, objective, fair and responsible. I'm so proud of him."