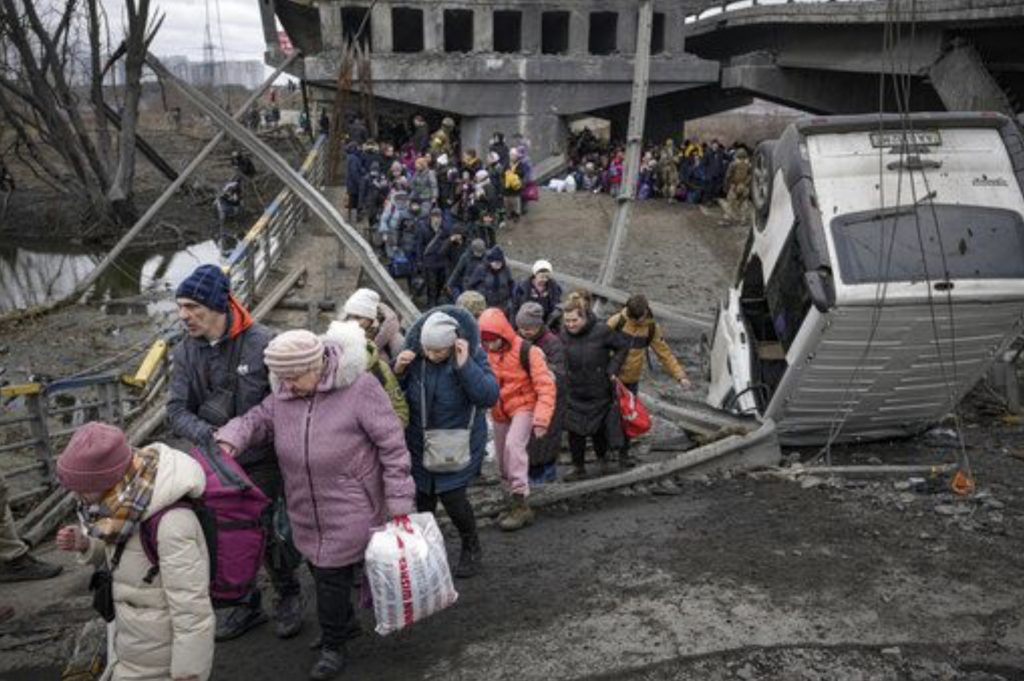 TV and radio stations in the Chicago area and throughout Illinois are joining forces to provide humanitarian aid for children and families in Ukraine. Starting today and running through April 13, Illinois Broadcasters Association and Ukrainian Institute of Modern Art will seek to raise $1 million for UNICEF through a series of public service messages. (Here is the link to donate.) "Our members are proud to be joining hands to assist UNICEF in the enormous challenge they face to help as many children and families as possible whose lives have been so shattered by this brutal war,” Melody Spann-Cooper, chairwoman of the IBA, said in a statement. The campaign will culminate in a live 18-hour fundraiser April 13 starting at 5 a.m. at the Ukrainian Institute of Modern Art. Illinois Helps Ukraine is spearheaded by Steve Robinson, president of New Media Productions and former executive vice president and general manager of classical WFMT 98.7-FM. “Chicago’s TV and radio stations have always been devoted to public service and joining hands for a joint fundraising campaign to assist UNICEF in this emergency speaks to that commitment,” Robinson said. 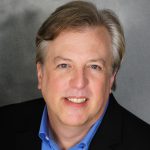 Just in from San Antonio, veteran radio programmer Keith Hastings has been hired as brand and content director of WDRV 97.1-FM, the Hubbard Radio classic rock station. Starting April 18, he replaces Rob Cressman, who departed in February after six years at The Drive. Hastings, who most recently was director of operations for Cox Media Group in San Antonio, previously headed programming for rock stations in Boston, Detroit and Milwaukee. “Hubbard Broadcasting is a world-class company and The Drive is the crown jewel in the greatest city in the world,” Hastings said in a statement. “It’s an honor and a privilege to be entrusted with leading The Drive’s supremely talented and creative staff.” In the latest Nielsen Audio survey, The Drive tied for fifth place with a 4.6 percent share and cumulative weekly audience of 810,200. 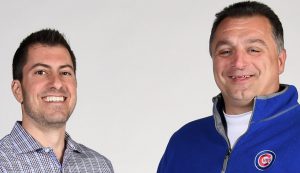 WMVP 1000-AM, the Good Karma Brands ESPN sports/talk station, flips its midday lineup this week, moving Carmen DeFalco and John “Jurko” Jurkovic back to the two-hour slot from noon to 2 p.m. Monday through Friday. They'll lead into Tom Waddle and Marc Silverman's afternoon show, which continues from 2 to 6 p.m. To accommodate the shift, Mike Greenberg's ESPN Radio show will move to 10 a.m. to noon, following David Kaplan and Jonathan Hood's morning show from 7 to 10 a.m. "We are very excited for the future and the new station lineup," said Danny Zederman, director of content at ESPN 1000. 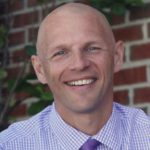 It's over and out for Kevin Kollins after 10 years as afternoon host at news/talk WJOL 1340-AM and three years as morning host at adult-contemporary WSSR 96.7-FM. Alpha Media, parent company of both southwest suburban stations, cut ties with Kollins after he filed to run for a seat on the Will County Board in the June 28 Democratic primary. (He's listed on the ballot as Kevin “Kollins” Hedemark.) "It has been a great joy to talk to the families of Chicagoland for the past decade and [I] will miss it tremendously," Kollins wrote on Facebook, "but I'm also just as excited to serve the people of Will County." As a candidate, his presence on the air would have triggered the Federal Communications Commission’s Equal Time Rule. Chicago radio icon Eddie Volkman, program director and afternoon host at Star 96.7, has been filling in as morning host on the station since March. 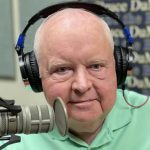 Bruce DuMont just added a new feature to "Beyond the Beltway," his long-running national political talk show. Drawing from his personal archive of broadcasts throughout his career, DuMont will present a "Beyond the Beltway Flashback" segment each week. First up was an "Inside Politics" discussion from April 2, 1981, after the assassination attempt on President Ronald Reagan. "I think political animals of all stripes will enjoy a reminder of the opinions that circulated around political roundtables 10, 20, 30, 40 and 45 years ago," he said. 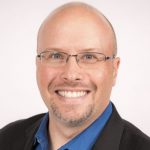 Robert K. Elder, the Chicago journalist and author who's also chief digital officer at the Bulletin of the Atomic Scientists, is about to release his 16th book. The Doomsday Clock at 75, co-written with J.C. Gabel and published by Hat & Beard Press, tells the story of the metaphorical clock, which was designed for the June 1947 cover of the Bulletin by Martyl Langsdorf, a female landscape artist from Chicago. (Here is the link to pre-order.) What began as a harbinger of nuclear annihilation became a scientific and cultural touchstone for the ages. The authors call it "a symbol of danger, of hope, of caution and of our responsibility to one another." 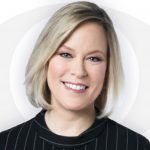 Dana Kozlov, recently promoted to weekend news anchor at CBS-owned WBBM-Channel 2, rates the profile treatment from Rick Kaempfer in the April issue of Illinois Entertainer. (Here is the link.) Kozlov, who grew up in Palatine and graduated from Fremd High School and the University of Illinois at Urbana-Champaign, cites CBS 2 legends Bill Kurtis, Walter Jacobson and Pam Zekman with sparking her interest in news. And she credits Dina Bair, midday news anchor at Nexstar Media WGN-Channel 9, with helping her land her first Chicago reporting job at WGN in 1995. The two had worked at competing stations in Peoria. “I was determined to work my butt off and make it, and I did,” Kozlov told Kaempfer.