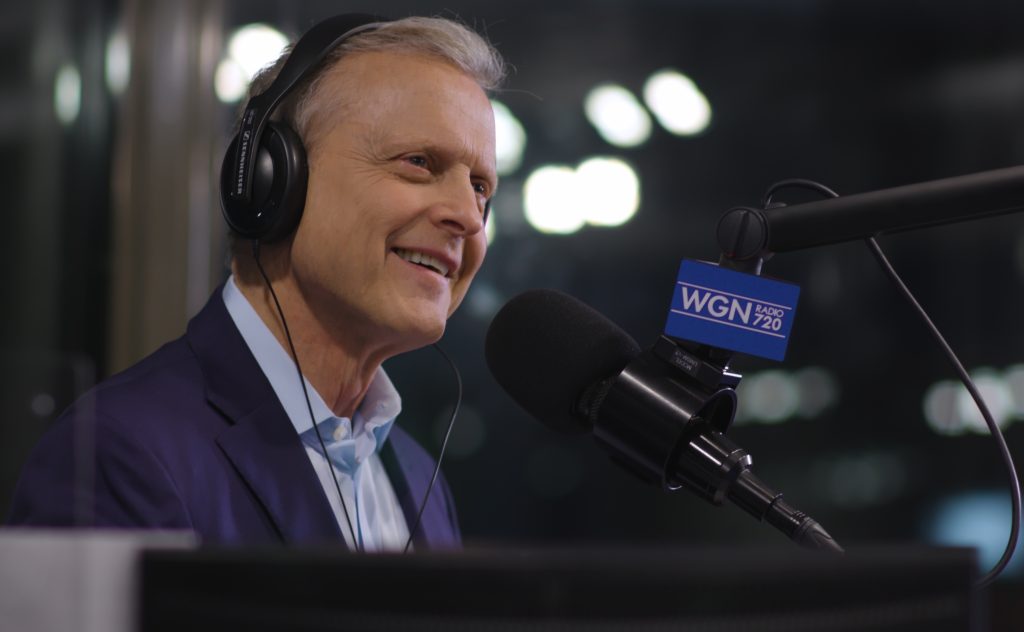 Legendary Chicago broadcaster Bob Sirott, who’s been a rare shining star in the ratings at WGN 720-AM, just extended his contract as morning host for two more years. “Bob has been an iconic voice in Chicago since 1973 and we’re fortunate to have his voice and talent as we head into our 100th year and beyond,” Mary Boyle, vice president and general manager of the Nexstar Media news/talk station, said in announcing the renewal. Terms of the agreement, negotiated by attorney Steve Mandell, were not disclosed. Starting January 3, Sirott’s show will air from 6 to 10 a.m. weekdays — one hour later than it has since he started in January 2020. In the latest Nielsen Audio survey, WGN ranked third in mornings with a 5.4 percent share and cumulative weekly audience of 171,100. Said Sirott: “Who knows, someday I may turn into a morning person.” END_OF_DOCUMENT_TOKEN_TO_BE_REPLACED 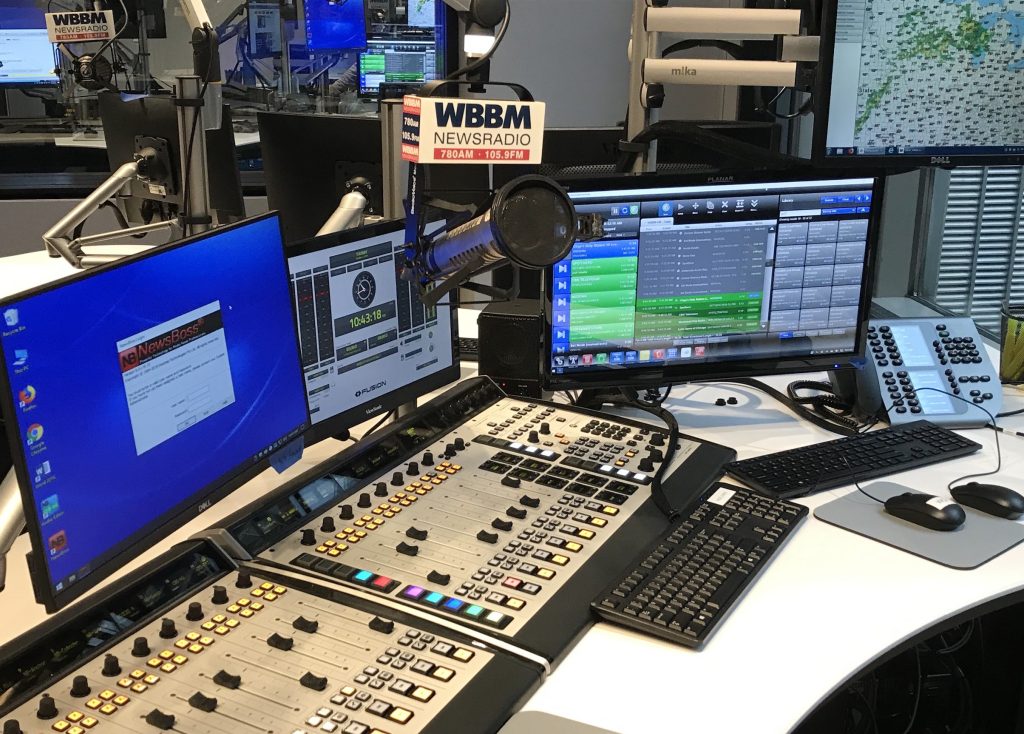 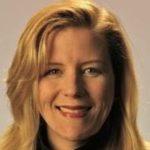 Julie Mann, the beloved newsroom leader and managing editor who just signed off after 25 years at Audacy all-news WBBM 780-AM/WCFS 105.9-FM, is on to her new adventure. Without missing a beat, Mann started this week heading up the public information office for west suburban Kane County. It's a newly created department she'll be building from the ground up. "The Kane County Board was looking for someone who could help them communicate to the public what they do and are doing for their citizens," Mann told me. "I saw it as an opportunity to continue working in the field of communications but in a whole new way." Mann grew up in Kane County and graduated from St. Charles High School and Drake University. She joined WBBM Newsradio as a reporter in 1997 and worked out of the offices of the Daily Herald as suburban bureau chief. END_OF_DOCUMENT_TOKEN_TO_BE_REPLACED 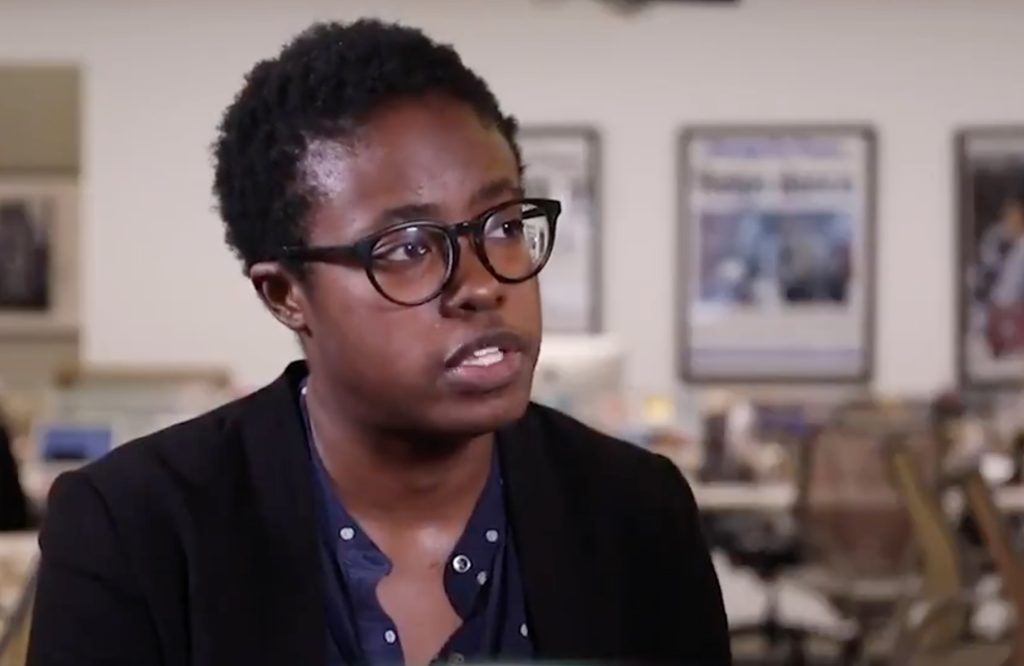 Rachel Hinton, chief political reporter for the Sun-Times, is joining the Better Government Association as its first enterprise reporter. Her hiring, effective January 10, will be the first funded by the recent $10 million grant from the Robert R. McCormick Foundation in partnership with the nonprofit investigative news organization. "Rachel Hinton's eye for the nuances of news and her deep sourcing will enable us to provide exclusive reporting, insight and analysis that holds government accountable to the public," said David Greising, president and CEO of the BGA. Hinton, who grew up in the far southwest suburbs and graduated from Plainfield South High School and DePaul University, joined the Sun-Times as an intern in 2017 and moved up to urban affairs reporter later that year. She was promoted to chief political reporter in 2020. "While we are happy for her and know she will continue to do great work, we will miss her as a fine colleague and first-rate journalist," said Steve Warmbir, interim editor-in-chief of the Sun-Times. END_OF_DOCUMENT_TOKEN_TO_BE_REPLACED 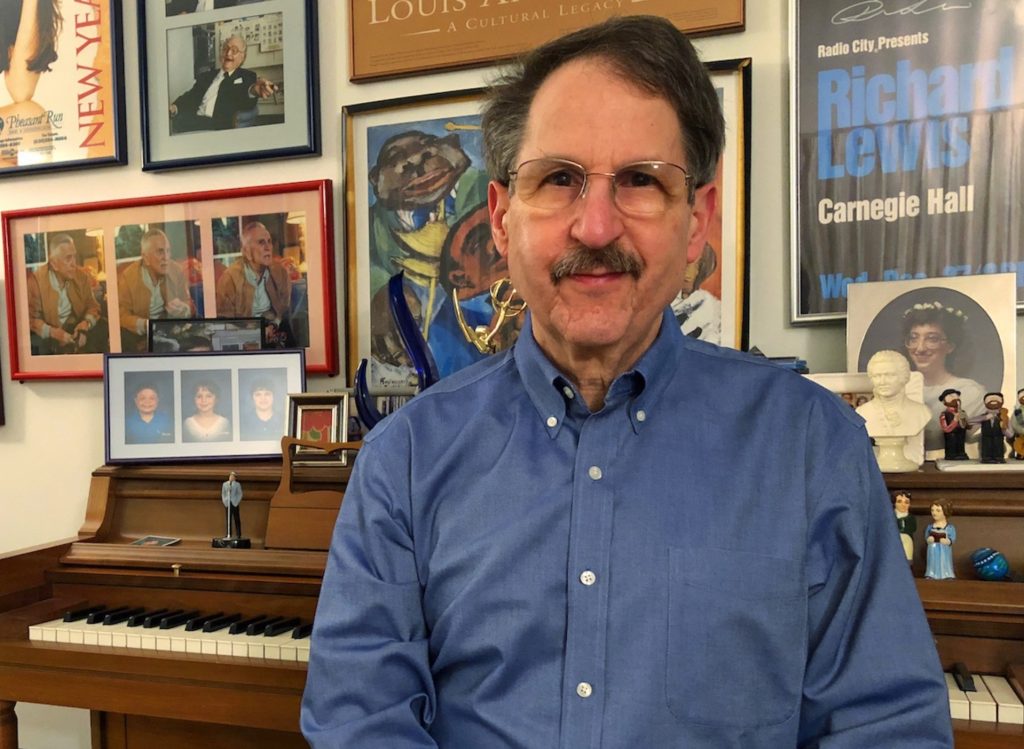 For more than 40 years Howard Reich covered music and the arts for the Chicago Tribune with passion and sensitivity, adding six books and three documentary films to his prodigious credits as an award-winning critic.

Now, nearly one year after he accepted a buyout from the Tribune, the treasured Chicago journalist is about to unveil perhaps the most inspiring project of his career — to be presented in an entirely new realm.

Reich has written the stage scenario for “Kimiko’s Pearl,” a new multidisciplinary work to be performed by principal dancers of the Royal Winnipeg Ballet. END_OF_DOCUMENT_TOKEN_TO_BE_REPLACED 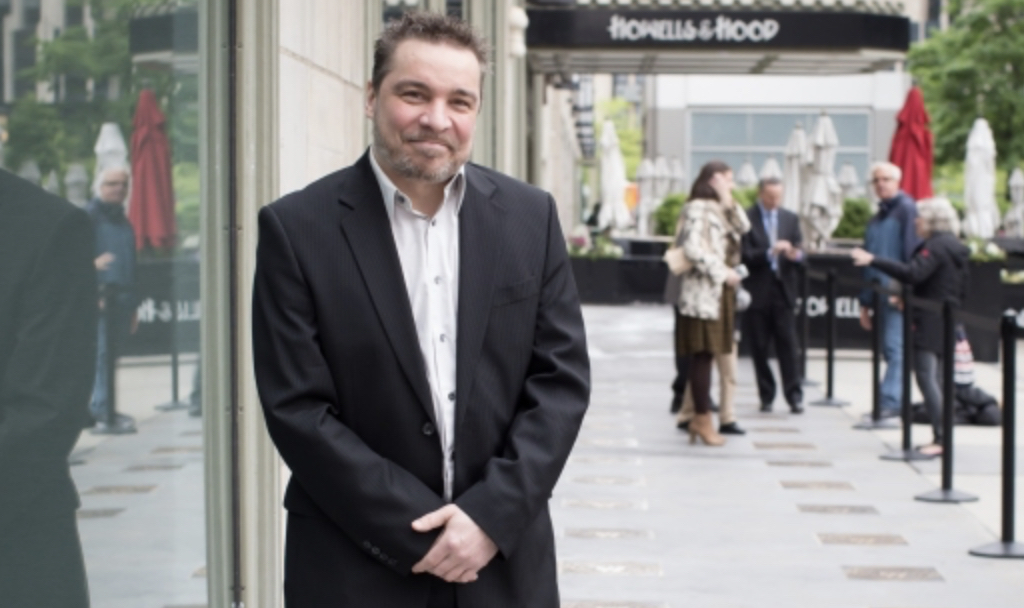 Great news for fans of Nick Digilio: The former WGN 720-AM overnight host has not one but two new podcasts lined up in the weeks ahead. Starting in mid-January he'll premiere "The Nick D Podcast," a twice-weekly roundup of entertainment and pop culture, including reviews of movies, music, TV and books. His first guest will be Rich "Svengoolie" Koz. About a month later Digilio will launch "That Show Hasn't Been Funny In Years: An SNL Podcast," focusing on the history of "Saturday Night Live" over its 47-year run. Both podcasts will be produced by the Radio Misfits Podcast Network. Digilio was a popular presence on WGN for 35 years before he was cut from the Nexstar Media news/talk station in September 2020. END_OF_DOCUMENT_TOKEN_TO_BE_REPLACED 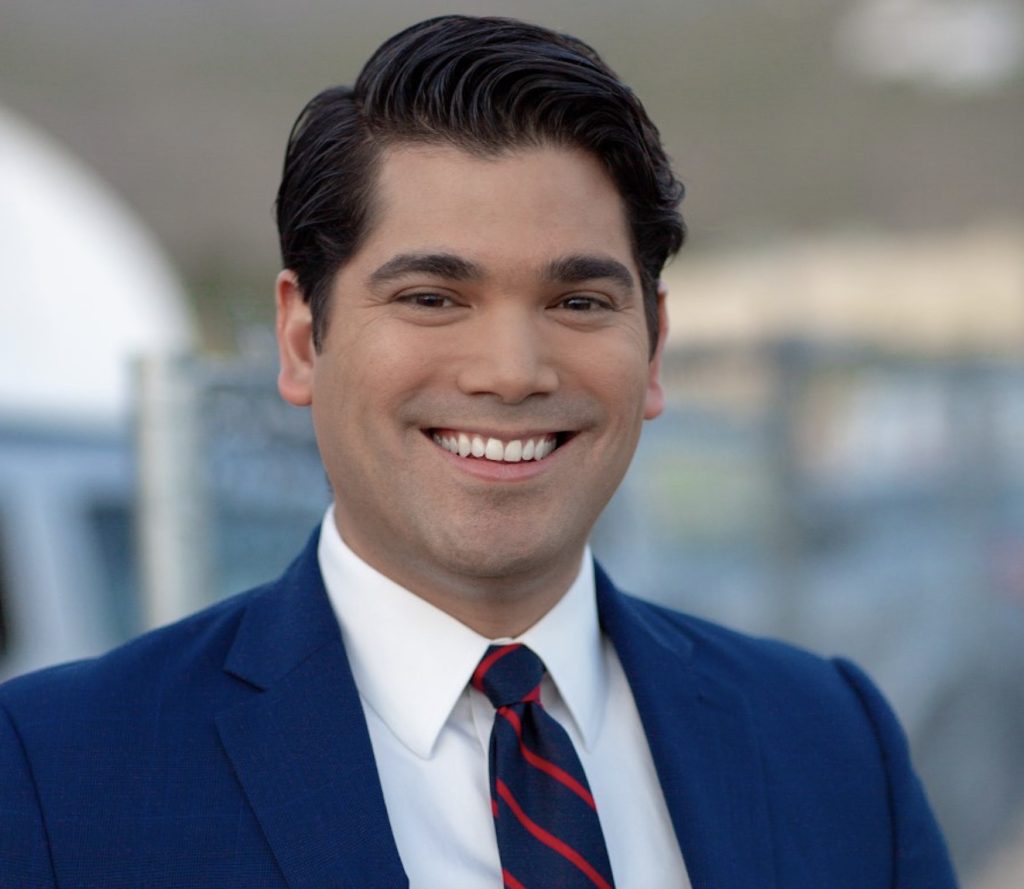 Straight from his native El Paso, Texas, Juan Carlos "JC" Navarrete has been hired as a reporter and weekend morning news anchor at NBC-owned WMAQ-Channel 5. Starting January 18, he'll co-anchor Sunday mornings with Kate Chappell at 5, 6, 8 and 10 a.m. The role has been open since Siafa Lewis resigned in October to become a weekday news anchor at CBS-owned KYW in Philadelphia. Navarrette, a graduate of the University of Texas at El Paso, most recently has been a reporter and weekend anchor at KVIA, the ABC affiliate in El Paso. “We’re excited to welcome Juan Carlos to the NBC 5 newsroom," Frank Whittaker, vice president of news for NBC 5, said in a statement. "He comes with experience and passion that will help us continue to serve both our English and Spanish speaking communities.” END_OF_DOCUMENT_TOKEN_TO_BE_REPLACED 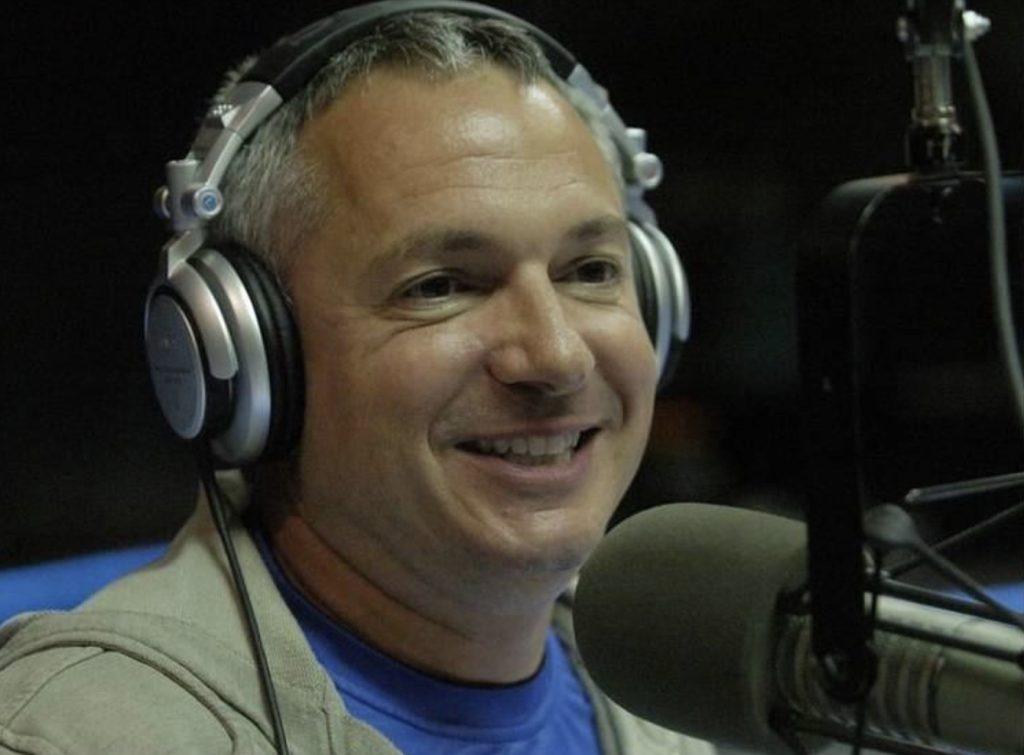 Carl Amari, who's been sharing his love of radio's golden age with listeners for four decades, is bringing back his weekly showcase of classic comedy and drama to WGN 720-AM.

Starting this weekend, "The WGN Radio Theatre with Carl Amari" will air from 7 to 9 p.m. Sundays (except when preempted by sports broadcasts) on the Nexstar Media news/talk station.

In its opening weeks, the show will feature vintage episodes of "The Jack Benny Program," "Gunsmoke," Lucille Ball's "My Favorite Husband," "Suspense" and "Fibber McGee and Molly." END_OF_DOCUMENT_TOKEN_TO_BE_REPLACED

Just in time for the holidays, NBC-owned WMAQ-Channel 5 has expanded its "Chicago Today" lifestyle show to five days a week. Hosted by Matthew Rodrigues and Cortney Hall, the show has been airing from 11:30 a.m. to noon Fridays since 2019. Now it also will air from 11:45 a.m. to noon Monday through Thursday. (NBC 5's 11 a.m. newscast will air until 11:45 a.m.) The program generates revenue through advertiser-supported sponsored content and product placement. “This is another way NBC 5 continues to invest in original content that highlights the best of our local communities, businesses, entertainment and of course Chicago’s food,” Kevin Cross, president and general manager of NBCU Local Chicago, said in a statement. END_OF_DOCUMENT_TOKEN_TO_BE_REPLACED 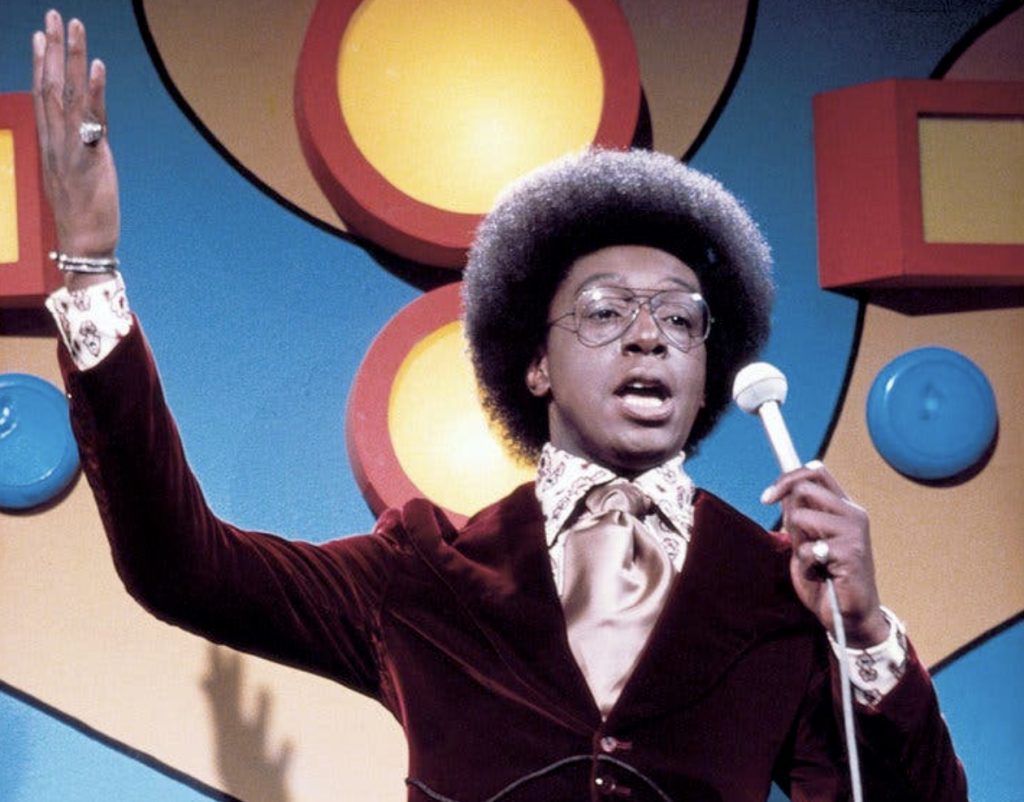 Cornelius is one of eight notable broadcasters chosen for induction this spring in the Silver Circle of the Chicago/Midwest chapter of the National Academy of Television Arts and Sciences. END_OF_DOCUMENT_TOKEN_TO_BE_REPLACED

For a couple of news organizations that demand transparency from everyone else, there’s been little of it from the Chicago Sun-Times and Chicago Public Media, parent company of news/talk WBEZ 91.5-FM. Since late September, when news of their proposed merger was first disclosed, both sides have been dealing behind closed doors to unite the two legacy media brands under what they're calling "a new model of local nonprofit journalism." Matt Moog, CEO of Chicago Public Media, said in an internal communication the two companies were focused on “completing due diligence . . . with an eye toward reaching a final agreement by the end of the year.” He told employees they'll hear more at their next staff meeting Thursday. Nykia Wright, CEO of the Sun-Times, declined to comment. “I do not have any updates for you at this time,” she said. END_OF_DOCUMENT_TOKEN_TO_BE_REPLACED