Big news for Bozo fans: "Bozo's Circus: The 1970s," a two-hour primetime special featuring clips from the beloved children's show that haven't been seen in nearly 50 years, will premiere December 19 on WGN-Channel 9. Among the cache of recently found tapes was a master recording from 1974 that no one knew was languishing in the Nexstar Media station's archive. Credit the discovery to George Pappas, program specialist and unofficial station historian at "Chicago's Very Own," who's producer and writer of the special. It'll be hosted by WGN entertainment reporter Dean Richards. For most of the show’s run from 1961 to 2001, "Bozo" was the hottest ticket in town, often boasting a waiting list as long as 10 years.

Fred Eychaner, the Chicago media mogul and Democratic megadonor who owns Newsweb Radio progressive news/talk WCPT 820-AM, is bankrolling Heartland Signal, a new digital news site aimed at covering state and local races in the Midwest. Based at WCPT, the new venture has hired eight full-time and freelance staff to cover the 2022 elections, according to Politico.com. “The newsroom is anchored to an established progressive talk radio station in the Midwest, but its shows are grounded in facts, and this is how we catch up to conservatives, who have spent decades building a network of right-leaning outlets across the country,” Tim Hogan, a Democratic consultant and senior adviser on the project, told Politico. 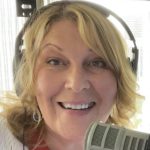 The announcement Thursday that longtime Chicago radio personality Lisa Dent had been named afternoon host at WGN 720-AM earned unusual praise for the Nexstar Media news/talk station. But no one was happier about the news than Dent herself. "I’ve never felt so at home on the air as I do at WGN," she told me. "My lifelong career goal has been to work on 720 WGN, and tears started falling while listening to Bob Sirott and Dean Richards when they made the announcement this morning. It’s a dream come true! I’m a huge fan of Steve Bertrand and together, we’ll be an afternoon destination for commuters." Dent's new show, airing from 2 to 6 p.m. Monday through Friday, premieres January 3. 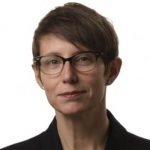 Jennifer Day has departed Chicago magazine after five months as features editor to become senior manager of integrated content at PwC, the multinational professional services network of firms under the brand of PricewaterhouseCoopers. Day joined Chicago magazine in June from the Chicago Tribune, where she served as books editor. The Detroit native and graduate of Wayne State University worked for the Toledo Blade and Detroit Legal News before joining the Tribune in 2012. No word yet on her replacement at the city monthly. 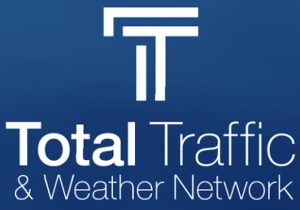 It looks like there's a traffic jam at Total Traffic and Weather Network. The Chicago office of the traffic and weather content provider was to have relocated its studios and operation center this week from 161 North Clark Street to iHeartMedia Chicago headquarters at 233 North Michigan Avenue. But staffers have been told to continue working remotely because their new digs aren't open yet. "Our building owners have not filed the necessary paperwork with the city of Chicago," Matt Scarano, president of iHeartMedia Chicago, wrote in an internal email. "Until that is resolved, the city of Chicago will not allow us to occupy the new space. . . . It appears as if we will be delayed until late November or early December."

Thursday’s comment of the day: Rick La Fever: I know I am not the only one here that wishes [WGN Radio general manager] Mary Sandberg Boyle cuts the overnight bunch and finds someone with a Chicago connection to fill 11 p.m. to 4 a.m. Let's see, who would be willing to work that time slot?