Revered by colleagues as a “walking compendium of Chicago music history,” the longtime music director of WFMT 98.7-FM will retire October 1, parent company Window to the World Communications announced today.

“There are milestones in the history of WFMT, and then there is the retirement of Andi Lamoreaux after more than five decades of service,” general manager George Preston said in a statement. 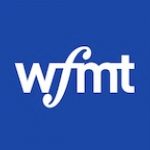 “Andi’s vast knowledge of classical music and familiarity with Chicago’s musicians and organizations have been central to WFMT’s programming and institutional relationships. She has the deepest thanks and appreciation from all of her colleagues, and we wish her a rewarding and relaxing retirement.”

Lamoreaux, who grew up in North Dartmouth, Massachusetts, earned a bachelor's degree in music from Wells College in Aurora, New York. In 1969 she joined WFMT as a music librarian straight out of Northwestern University, where she earned a master's degree in music history.

Under the tutelage of WFMT programming legends Lois Baum and Norman Pellegrini, she also served as program administrator and program executive before being promoted to music director in 2001.

“I will miss my everyday work for WFMT deeply,” Lamoreaux said. “There is a family connection among the staff . . . an air of good cheer, professionalism and excellence. But I will still be listening.”

Here is a link to 10 of Lamoreaux’s Favorite Musical Works.

Tuesday's comment of the day: Theresa Jabaley: Mean or sarcastic comments don’t fit Rob Feder’s page. It’s OK if someone doesn’t have HBO or otherwise does not know John Oliver. It is not a reflection of character or intellect whereas some comments in this thread are.