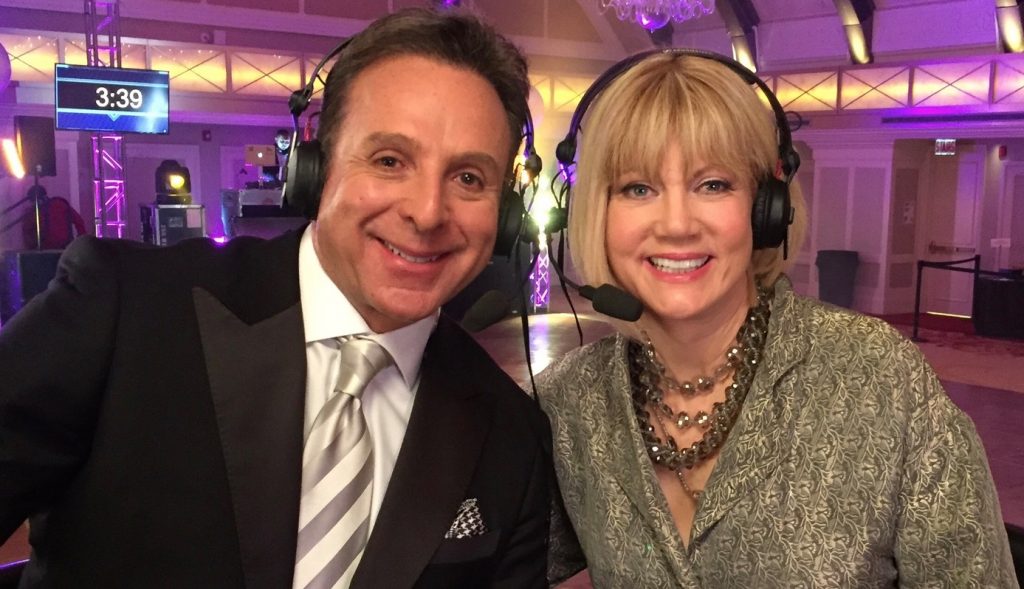 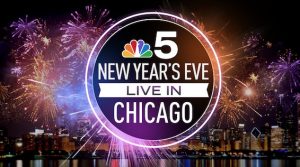 It’ll be another battle of the countdown shows for Chicago viewers this New Year’s Eve. Mark Giangreco and Janet Davies will host “Countdown Chicago 2018” on ABC-owned WLS-Channel 7, marking their 17th year of ringing in the New Year together. Joining them from party venues around the city and suburbs will be ABC 7’s Terrell Brown, Hosea Sanders, Cheryl Scott, Liz Nagy, Val Warner, Ryan Chiaverini and Ji Suk Yi. Meanwhile, NBC-owned WMAQ-Channel 5 will air “New Year’s Eve Live in Chicago,” hosted by Marley Kayden and Kalee Dionne, along with radio personalities Christopher “Fred” Frederick of Kiss FM and Joe Soto of V103. (But no "Chi-Town Rising" this year.) Both specials will start shortly after 11 p.m. and culminate with midnight fireworks from Navy Pier. END_OF_DOCUMENT_TOKEN_TO_BE_REPLACED 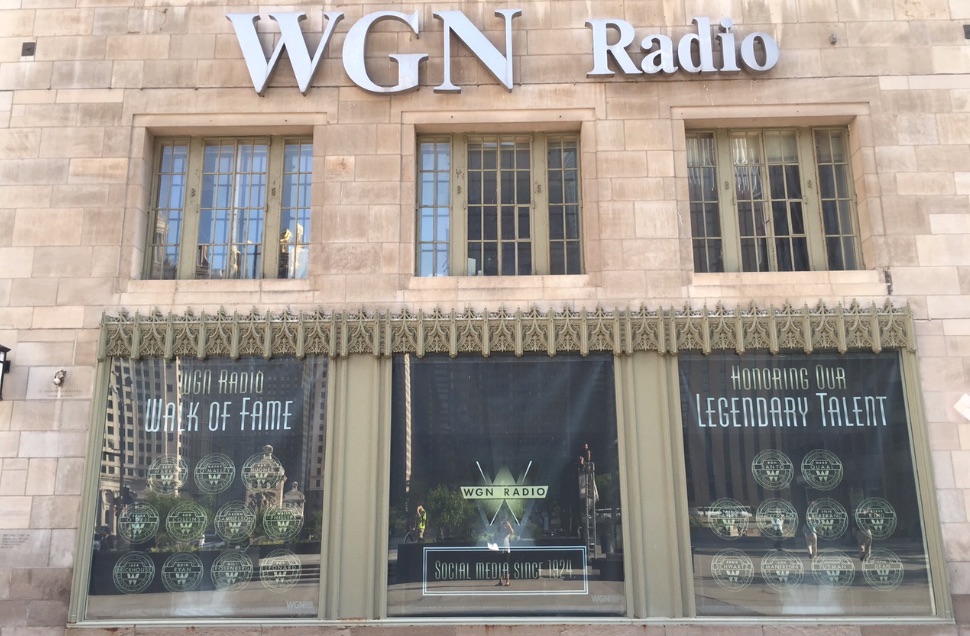 A 14-month vacancy at the top of WGN AM 720 has been filled from within at the Tribune Broadcasting news/talk station.

Todd Manley, vice president of content and programming, was named Wednesday to the additional job of station manager, with oversight for long-term strategy and day-to-day management of WGN Radio on all platforms. END_OF_DOCUMENT_TOKEN_TO_BE_REPLACED 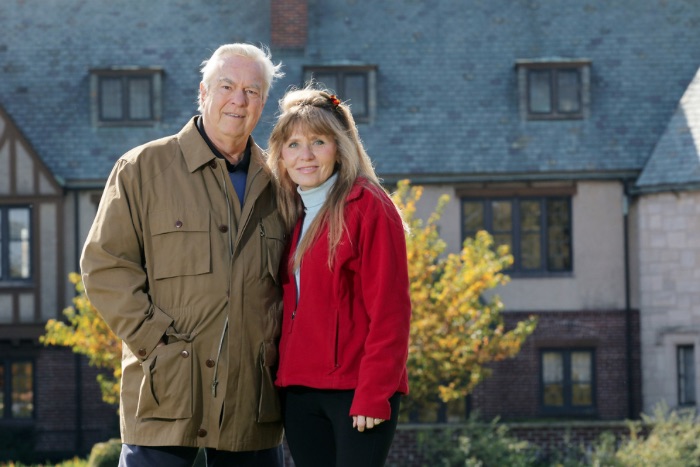 The 40-year romance of Bill Kurtis and Donna LaPietra will culminate in matrimony today.

Chicago’s legendary power couple will tie the knot before Illinois Supreme Court Justice Anne Burke, surrounded by a small group of friends, Kurtis confirmed in a call just before the ceremony. “It just seems like the right time,” he said. “Forty years is a nice warm-up period.” END_OF_DOCUMENT_TOKEN_TO_BE_REPLACED 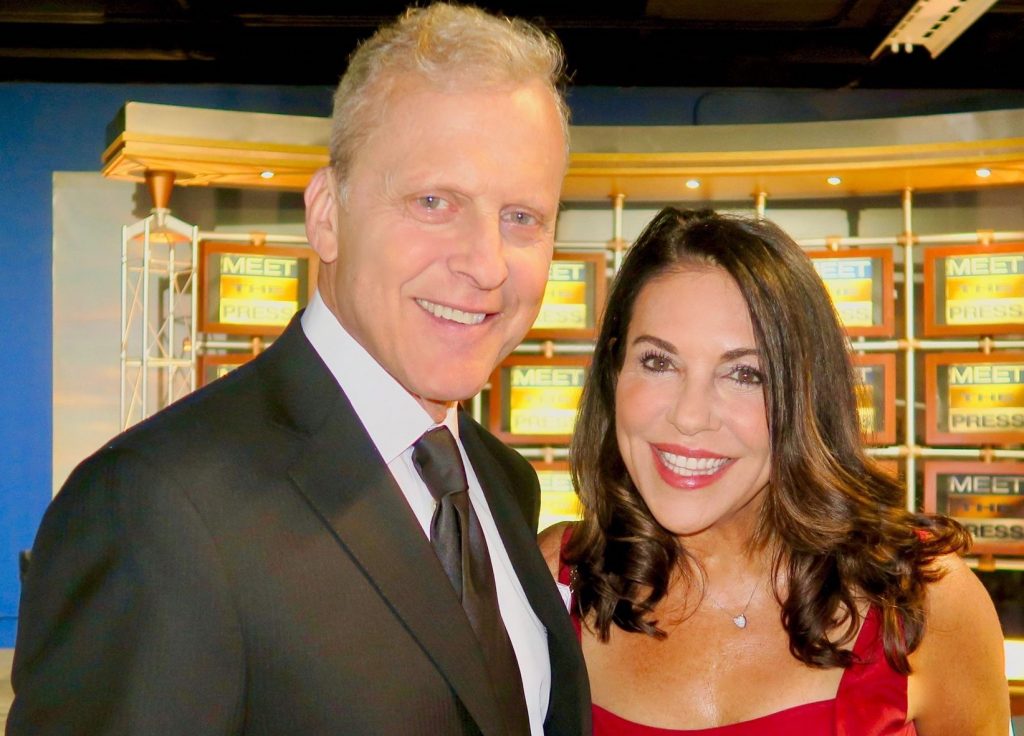 A push by Cumulus Media to solidify WLS AM 890 as a conservative talk station is forcing out the husband-and-and-wife team of Bob Sirott and Marianne Murciano as midday co-hosts. Their show has been airing for the last year from 10 a.m. to noon Monday through Friday.

Starting January 1, WLS will add a Washington-based syndicated talk show hosted by Chris Plante from 9 to 11 a.m. and return Rush Limbaugh to a live broadcast from 11 a.m. to 2 p.m., the station announced Wednesday. Limbaugh has been airing on delay from noon to 3 p.m. END_OF_DOCUMENT_TOKEN_TO_BE_REPLACED 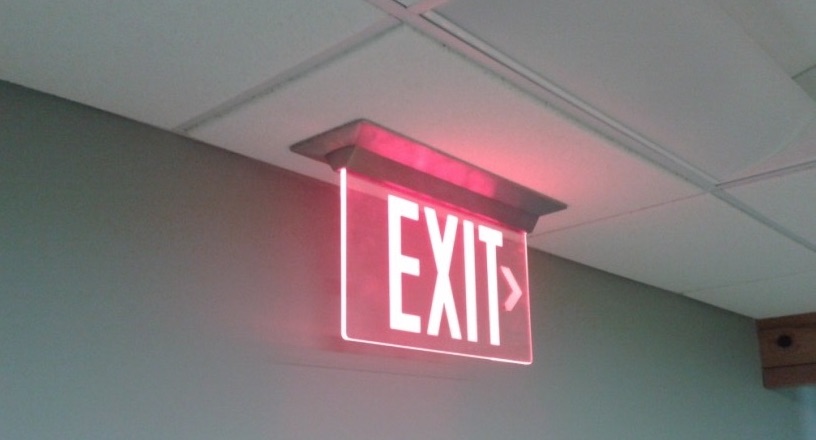 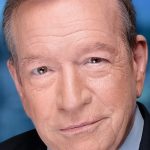 On Tuesday weatherman Jim Ramsey became the latest Chicago media personality to announce his retirement in 2017. Among those who’ve already bowed out — or said they plan to do so in 2018 — are Mike Adamle, Steve Baskerville, Terry Boers, Bruce DuMont, Ken “Hawk” Harrelson, Mike Imrem, Tom Joyner, Frank Mathie, Mike North, Victor Parra, Wendy Rice, Roger Simon, Gary Spears, Mark Suppelsa, Charles Thomas and Joel Weisman. That’s not even a complete list. Look for at least one more prominent figure to call it a career before the year is up. END_OF_DOCUMENT_TOKEN_TO_BE_REPLACED 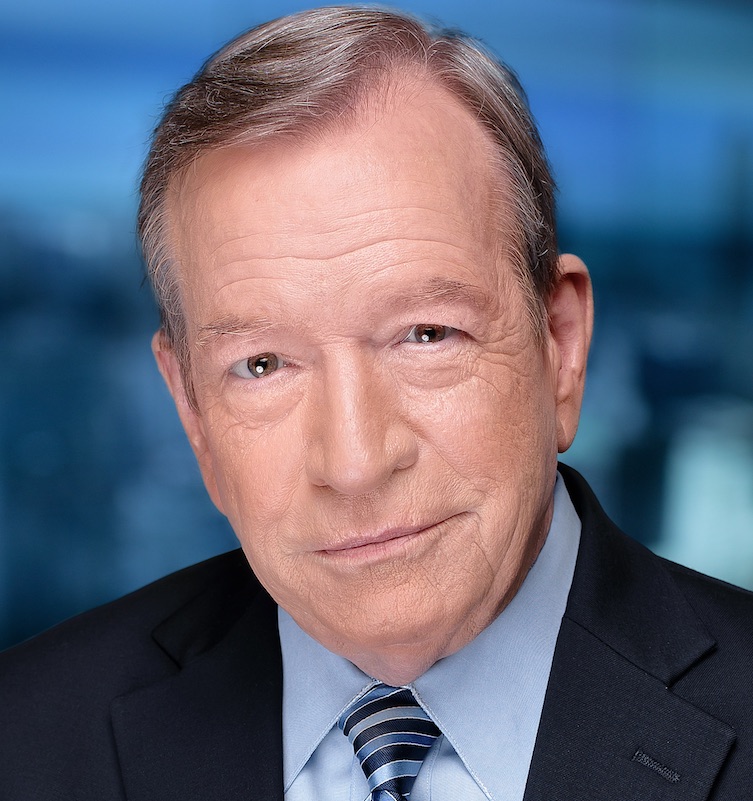 Veteran Chicago weatherman Jim Ramsey will retire at the end of the year, wrapping up a 42-year career in broadcasting, WGN-Channel 9 announced Tuesday.

Following his wishes, Ramsey is going out the same way he did his job at the Tribune Broadcasting station for three decades — with quiet professionalism. END_OF_DOCUMENT_TOKEN_TO_BE_REPLACED

“It has been a remarkable 25 years,” Eychaner said of his association with Gross, who was named to the non-executive position of chairman emeritus. Newsweb plans to announce a new president and CEO later this month, according to a company statement. END_OF_DOCUMENT_TOKEN_TO_BE_REPLACED

Editorial employees at the Pioneer Press suburban newspapers, the Lake County News-Sun and the Northwest Indiana Post-Tribune, who’ve been without a contract since last December, are turning up the heat on owner tronc. In a letter to advertisers, the 25 journalists represented by Chicago News Guild said their pay rates are the same as they were eight years ago, and there has been “no sign that the company plans to make any serious offer to us.” In an effort to jumpstart talks, community leafletting will begin this week. One-quarter of the Pioneer Press staff was fired in layoffs earlier this year. "Tronc cannot cry poor when its stock is rising, the CEO salary increases to over $8 million, and it's buying new assets,” said Rick Kambic, Pioneer Press unit chair of the Guild. “Aside from that, we have numerous unresolved non-economic issues in which tronc is refusing to meet us half way." Tronc did not respond for comment. END_OF_DOCUMENT_TOKEN_TO_BE_REPLACED 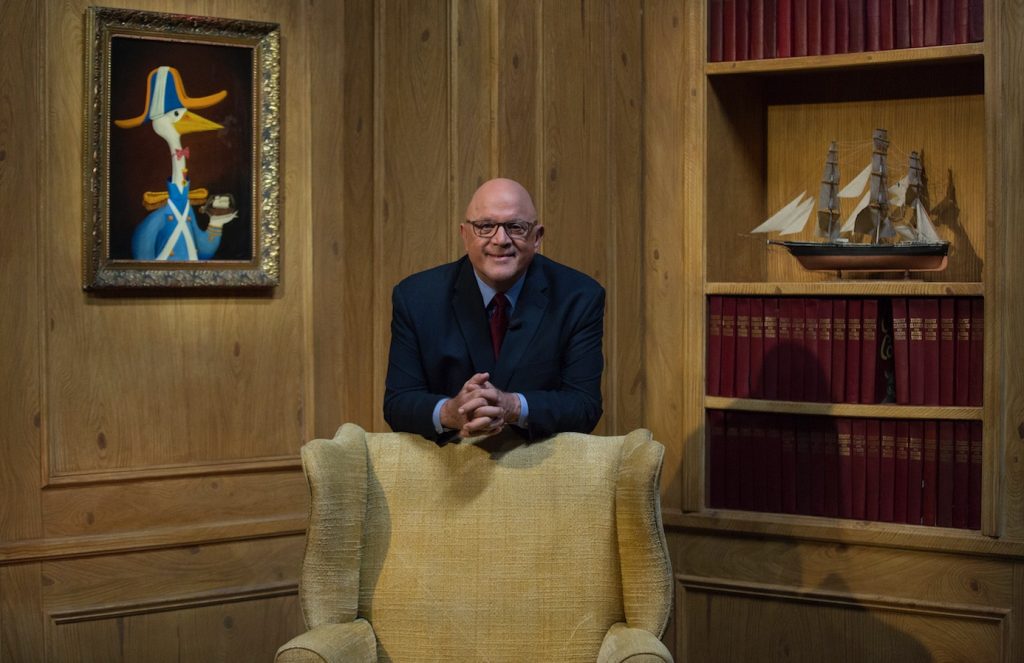 “Family Classics” airs tonight for the first time in 17 years as a special primetime presentation on WGN-Channel 9. From 7 to 9 p.m. Dean Richards will host ”Scrooge,” the film adaptation of Charles Dickens's A Christmas Carol. “‘Family Classics’ is a WGN legacy and we wanted to make sure we got this right,” said Paul Rennie, president and general manager of the Tribune Broadcasting station. “The set pieces, the quality — which is why we chose the 1951 Alastair Sim movie ‘Scrooge.’ Likewise, we couldn’t think of a person more suited to host this than our very own Dean Richards.” The great movie series was hosted by Frazier Thomas from 1962 to 1985 and by Roy Leonard from 1985 to 2000. END_OF_DOCUMENT_TOKEN_TO_BE_REPLACED 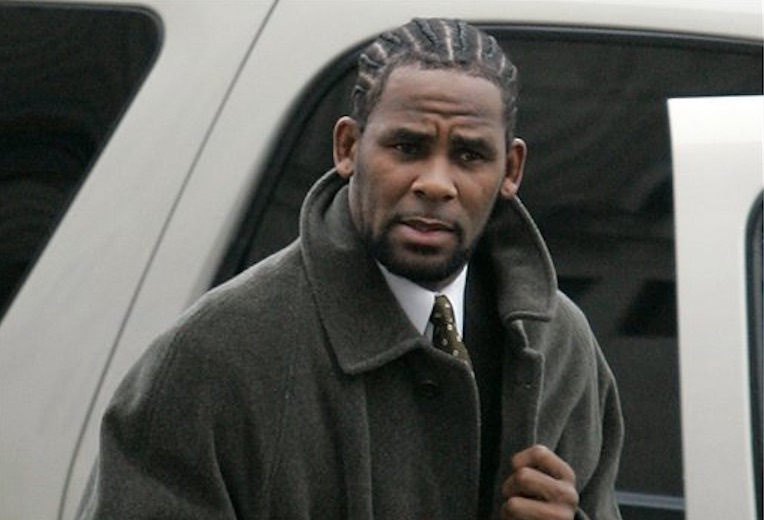 The sexual harassment scandals sweeping media, entertainment, government and corporate America have prompted two prominent journalists to focus on Chicago. Writing in The New Yorker, veteran music critic and “Sound Opinions” co-host Jim DeRogatis questioned why accusations of sexual misconduct against singer, songwriter, and producer R. Kelly haven't hurt the Chicago performer's career. DeRogatis has been virtually alone in reporting on the Kelly case since 2000. And former Chicago Tribune editor Ann Marie Lipinski examined “When Women Stand Up Against Harassers in the Newsroom,” recounting her decision to force the resignation of Tribune columnist Bob Greene in 2002. “The fix is not sexual harassment training, but more people in leadership who already know better,” she wrote in Nieman Reports. Lipinski now heads the Nieman Foundation for Journalism at Harvard. END_OF_DOCUMENT_TOKEN_TO_BE_REPLACED