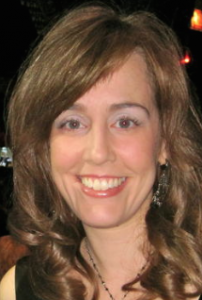 The No. 2 post has been vacant since Jennifer Lyons moved up to news director, succeeding Greg Caputo, who retired in June after 11 years. Pudar worked as a news writer and producer before she was named executive producer of WGN Morning News in 2009.

“For more than five years as executive producer, she’s maintained our No. 1 status in the highly competitive morning news time slot and actually grown it, which is quite a feat,” Lyons said in a statement.

“Sandy is an organized, hard-working and dedicated journalist who will assist in leading our newsroom as we continue to grow. And, simply put, when it comes to blowing out news coverage, there’s no one better.”

As of this fall, WGN will air a record 61 hours of live local news each week.

A graduate of the University of Illinois at Urbana-Champaign, Pudar began her career as an intern for CNN’s “Larry King Live.” She joined WGN as an intern in 1999.