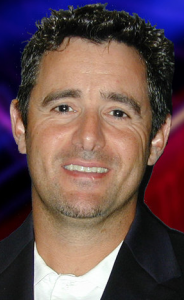 The Dave Ross Mystery has been solved at last.

Three months after Ross announced he was leaving the Fox-owned station in Washington, D.C., to start a new job in Chicago, sources confirmed the veteran sports reporter and producer is joining 120 Sports, a new 24/7 all-digital sports network.

Billed as “the first multisport, league-built, live streaming video network built for the digital generation,” it will launch this spring from custom-designed facilities at Oprah Winfrey’s Harpo Studios on the Near West Side. The startup was announced last week.

“120 Sports is an innovative, addictive product that will give sports fans an amazing amount of always-on sports content and great technology so they can engage with news and highlights wherever they are,” said Todd Larsen, Time Inc. executive vice president.

I had a hunch Ross was headed for 120 Sports when I first wrote about him last November. Now it’s about to be made official — along with the rest of the network’s new talent lineup.

Born in New York and raised in Virginia Beach, Virginia, Ross joined Fox-owned WTTG-TV in Washington in 1995 after working as a sports columnist and reporter in North Carolina. He also appeared on WTEM AM, the ESPN sports/talk station in Washington.

According to his bio, Ross served six years in the U.S. Marine Corps, participating in Operation Desert Storm and earning the rank of sergeant.