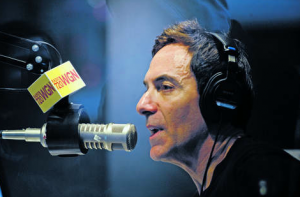 Jonathon Brandmeier signs off Friday after 20 months as morning personality at news/talk WGN AM 720. After a few weeks off, he'll resurface on a new virtual FM station — wgn.fm — which could be a precursor to an FM addition to Tribune Broadcasting.

Hired to boost ratings and attract younger listeners, Brandmeier proved a less than ideal fit for the station. He inherited a daypart that ranked 16th among listeners between the ages of 25 and 54 with a 2.6 percent share. In the latest Arbitron survey, mornings on WGN were tied for 15th in the 25-54 demo with a 2.4 share.