Once again, being first didn’t mean being right.

All eyes were on a Waukegan courtroom Wednesday as Chicago media covered the sentencing of Carly Rousso, the woman convicted of homicide after she huffed computer cleaner then struck and killed 5-year-old Jaclyn Santos-Sacramento on Labor Day 2012.

So how was it reported?

NBC-owned WMAQ-Channel 5 was first to break the news online and on mobile devices with this inaccurate report:

At the top of NBC 5’s 4:30 p.m. newscast, reporter Christian Farr told viewers Rousso would spend “three years” in prison without further explanation. Even after the headline was corrected to “five years,” the text of the online story still said “nine years.”

Tribune Media WGN-Channel 9 also got it wrong initially — and kept this headline up for nearly an hour: 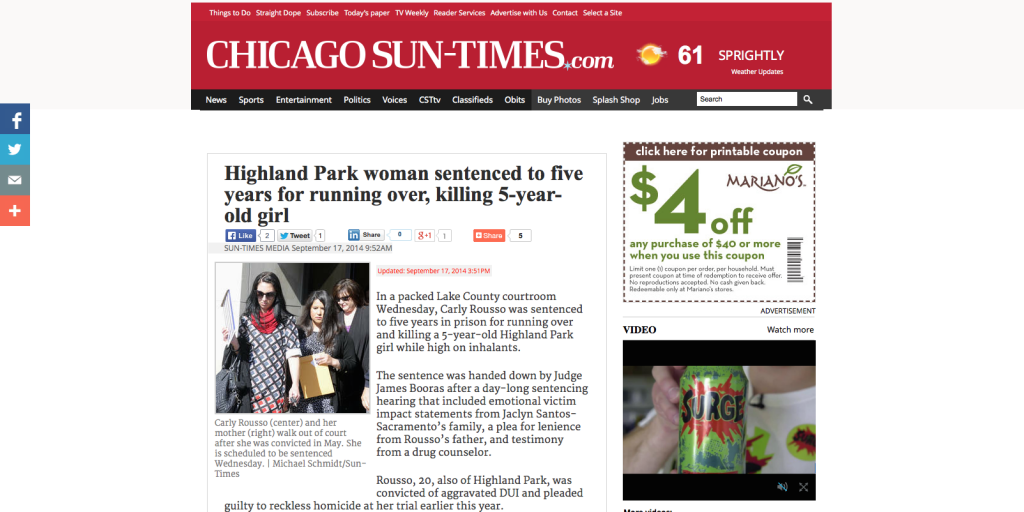