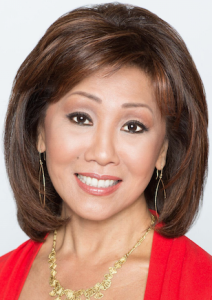 With the May sweeps officially ending Wednesday, Linda Yu will go straight from the newsroom back to the operating room.

The veteran Chicago news anchor, who recently marked her 30th anniversary at ABC-owned WLS-Channel 7, will undergo a third surgery Thursday to repair a broken leg she suffered in a traffic accident while vacationing in Florida last January.

Yu, 67, will be off indefinitely from the 4 p.m. weekday newscast she co-anchors with Alan Krashesky.

“She’s been doing very well – this is just a pause on the road to full recovery,” ABC 7 reported on its Facebook page Wednesday. “Linda is expected to be back on the air very soon!”

Earlier this year, Yu was sidelined for a month after the accident. She returned to work full-time with the aid of a walker and wheelchair while still undergoing physical therapy.

Ever the optimist, Yu told Facebook fans: “Hope to see you again soon . . . at fourrrrr!”